September passed by in a blur of hard work, heat and visitors, and regretfully there was little time or, more importantly, energy left to put into writing blog posts.

A brief summary follows, along with some photos, with apologies for the brevity and lack of detail:

At the start of the month we had another visit from Stuart's Mum (Sheila) and her friend Yvonne - the third visit of the year for Sheila, and the second of the year for Yvonne. As usual, a good amount of gin was drunk, some sightseeing done, and plenty of laughter was had. 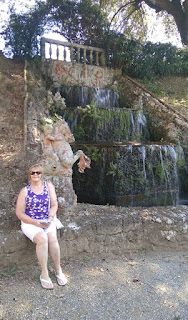 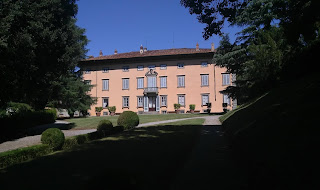 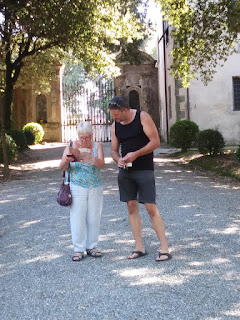 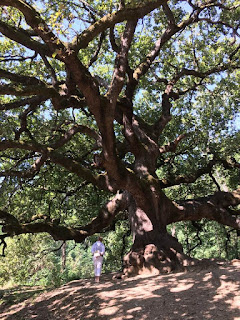 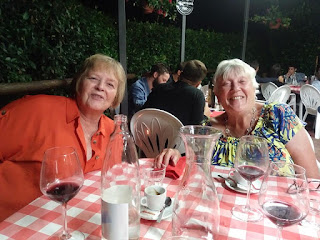 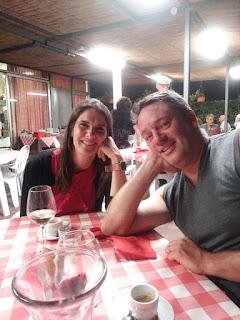 They were followed hot on the heels by the arrival of apartment guests Allen & Gisi who live in New York state and who first visited us three years ago. It was great to welcome them back again and, while they mainly did their own thing, we managed to catch up with them on a couple of the evenings that they were here, which was great - we very much enjoy their company.

Shortly after Allen & Gisi we welcomed back apartment guests Jon & Tina, who first came to stay with us back in April this year, but who are long-time visitors to the area and who enjoyed their April visit so much that they decided to return just 5 months later. Again, they did their own thing, but we caught up with them over a meal on a couple of occasions, the first cooked by us and the second very kindly cooked by them. Again, lovely people and good company!

Work was hard during September - Stuart working hard to finish the tiling of the kitchen floor he had laid in Pescia, while I had my head down the entire month working on preparations for the Virus Bulletin conference.

Towards the end of the month we spent a day laying concrete on the floor under our pergola. A long awaited job that we finally got around to working on! Initially we spent a day barrowing hard core round from the area at the back of the house (from the pile of rubble that originally came from the apartment bedroom ceiling/office floor), after which we were finally ready to start laying concrete.

Having had offers of help with the laying of concrete from both David and Paul & Kathy, we didn't hesitate to take them up on the offer, and so it was that the 5 of us spent a day labouring - hard - Stuart doing the important task of spreading and levelling the concrete, which was being mixed and carried by David, Paul, Kathy and me. A long day's back-breaking work, but a huge accomplishment and we were (and are!) hugely grateful for the extra muscle power!

The weather in September ranged from super-hot to the odd cooler day, and notably, there happened the first time for a very long time that, while sitting at my desk working, I had to close the window to keep the heat in rather than to keep the heat out! 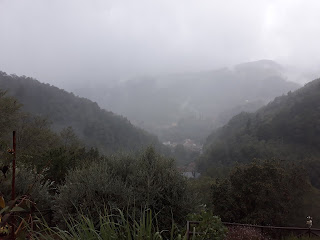 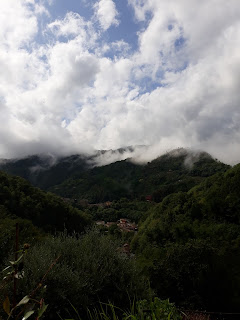 And so there you have it, a woefully brief round-up of an entire month in just a few words and pictures. I can't promise to do better next time, but I do promise that I will try!